Have Cat,Will Love 2 (and other stuff)

Its a cool chilly day here in SE Michigan. I have the windows open for Paladin as he loves to sit and look outside at the world. I have my front door open as well as he bounces from spot to spot. Our first week has been a pretty good one for the most part,he showed a little frustration about wanting outside by growling at me once. I had to take away his window and door for 15 minutes and went upstairs as well. Pretty soon I heard a tiny meow behind me and when I turned around Paladin meowed again...he headed butt my leg and I picked him up and his purr was full on.
I went downstairs and let him have his window and door back...he has been the perfect gentleman since. But I have to admit,I was more upset at the shelter then Paladin. See,he was at the shelter for six months and because he was hostile to other cats,he had his own enclosure. Every time a staff member or a volunteer went inside,he was allowed to escape and go down the hallway. Now if had happened once or twice,I would consider it a accident and think nothing of it but the fact they didn't work with him to prevent this behaviour bothers me. They had me fill out a questionaire on how I would handle certain situations if they came up and I posted on their FB page,maybe it should be me asking them those questions. Paladin is used to being outside,this is what landed him at the shelter in the first place and not addressing this might not have ended with a happy ending for him if I had not adopted him. See,they had his ideal home being in a active house with kids...which his outside habits would have allowed and he might have ended up lost or even killed.
But that aside,he is a very nice cat...he loves to run and play. He is pretty nimble around the turns in the kitchen and living room...he has normal sized paws so he tends to skid where as Derek Jeter and his huge paws always made the turn. The mornings are the best...he hears me wake up and he will meow,I tell him to come up and he races up the stairs and lays on my chest and purrs. He loves going under the blanket and will stay there for 10 minutes or so. Then its to the window and then back to the chest.
I think the most puzzling thing about Paladin is the fact his first choice for a sleeping spot was a dining room chair,he has moved on to sleeping on the table (which never gets used). He likes to be held and I do the same thing as I did with Derek...I hold him until he wants down or even before so that he continues to enjoy that. He likes attacking me feet but since he is a little too mouthy,I don't really encourage that and will distract him from doing that.
I do feel he would benefit from a friend but he doesn't play nice with others,it just can't happen.

I like to thank everyone who read my "Acts of Kindness" blog entry. I have mentioned this before but we bloggers love the comments you leave on our entries. It gives us meaning and purpose in continuing to write. And adding your name to the "Follow this Blog" also is very cool. And of course sharing it with your friends is also very kind. Which is why I would like to thank regular reader and guest blogger,Jessica Clackum,who graciously reposted two of my blog entries (about Derek and getting Paladin) on her own blog page. I didn't know she had done that until I went over to catch up on her blog. I was (and am) very touched by what she wrote and her friends did as well. Such a kind gesture and I am grateful!
Speaking of acts of kindness....pretty pumped as I am getting ready for my 3rd and 4th volunteer projects at my job. We are heading deep into the heart of Hell (aka Detroit) to help repair a building that supports our military veterans. I don't know what I will be asked to do only that I will do my utmost to do whatever they want. This will happen on Thursday and next week will see us working on a community center in Wayne painting and repairing some school classrooms.
And next Wednesday will see me working my first emergency food bank giveaway for the city of Canton in over a year. Lori and I both volunteered here for the first year it went live and I continued the second year after Lori started working at Lane Bryant. Of course once she got sick,I couldn't do this as much and last year,not at all. I know her spirit will be with me when I head back there...I called Paula,our city's volunteer project leader to let her know I would be there and after I hung up,the phone rang 5 minutes later and she asked me to volunteer for the Goodfellow's food drive in November which I gladly said "yes" too,I will be collecting food and then helping sort it out and making sure it gets to needy families for the holidays.

Been reading a lot more as of late as the days grow short and the weather gets a little chilly. I finished "Chicken Soup For a Woman's Soul" last night...it was a good read and this is a series I enjoy a lot. I know many think its a mushy collection but it isn't always so,good life lessons are in every volume about how ordinary people deal with extraordinary problems and issues. While yes,they sell the book with short stories about well known people,its the stories written by folks like you and I that are at the heart of each book.

Look over at the huge stack of books at my disposal,I am going to start Larry J. Sabato's "A More Perfect Constitution" tonight when I get home. It looks very interesting and now that I have picked it out,can't wait to dive into it. Just the fact the Founding Fathers felt the Constitution should never be static already has me hooked. This is another of my Dollar Tree finds. What a great place to get quality books if you keep your eyes out for them. 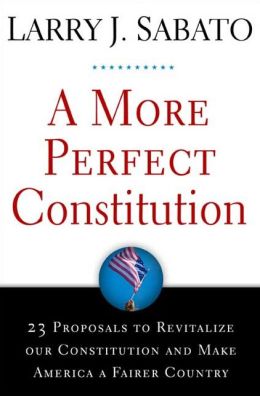 Glad to see San Jose State back in the win column! The Spartans,despite having key injuries to Bene Benwikere and Noel Grigsby,managed to overcome the University of Hawaii,37-27,last weekend. This was a key win as the schedule is a bit softer for the next two games and a chance for the Spartans to get into bowl consideration despite only being 2-3 on the year.

The big news is Head Coach Ron Caragher played six freshman,including two tailbacks,which infused much needed energy and possibly a running game for SJSU. This bodes well for the future...but I still have issues with the players Caragher is recruiting,they seem more suited for Div.II then a Div I school in terms of size at key positions. Small doesn't begin to describe how these players are,I think Smurfs would be the word I would use. But its still early and we'll see how it plays out.

Hope both Bene and Noel will be back in time for Colorado State which has shown marked improvement over last year's team...even playing Alabama very tough before losing in the second half. This will be a good test for SJSU as they go from Paradise to the Rockies in just one week!

Well,I am going to wrap this up....as you can see,I had a decent week...not a "good" week but not doom and gloom either. I am sure that is a welcome change for my regular readers.

Scorpion - The garage is almost finished! What a great journey and you did it the right way. You are a inspiration.
Bene- Get well #21,we need you back playing!
Jessica- Thank you so much for sharing my blog with your readers. I think I should start a page like yours.
Lindsay- John Keynes,where should I start reading first?
Terrie - Hope you are back to work tomorrow,you are so important to so many people.
Brad - 8 Questions this week...
Sinatra- Will call Saturday
Don - Our thoughts are with you! 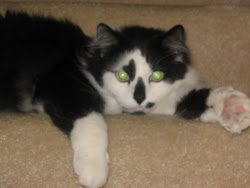